You already have a saved search with that name. If you save, you will overwrite the existing saved search. Are you sure?

As we move into February, we watched Super Bowl LV and celebrated Valentine’s Day with our loved ones.

Did you know that the NFL treated 7,500 healthcare workers to a Super Bowl weekend, including a concert and tickets to the Big Game?

And, lots of love and appreciation to our healthcare workers.

Here’s what you need to know as a Las Vegas area homeowner, as it relates to Football.

This month in real estate was similar to this year’s Super Bowl . . . It was shockingly unsuspenseful with very little drama.

I think everyone was expecting a little more excitement than what really happened.

So, just like Tom Brady winning another Super Bowl and earning another MVP award (same ‘ol, same ‘ol), our single family Median Sold Price stayed exactly the same as the two months prior at $345,000. The graph below might be the most uneventful graph we’ve ever created. 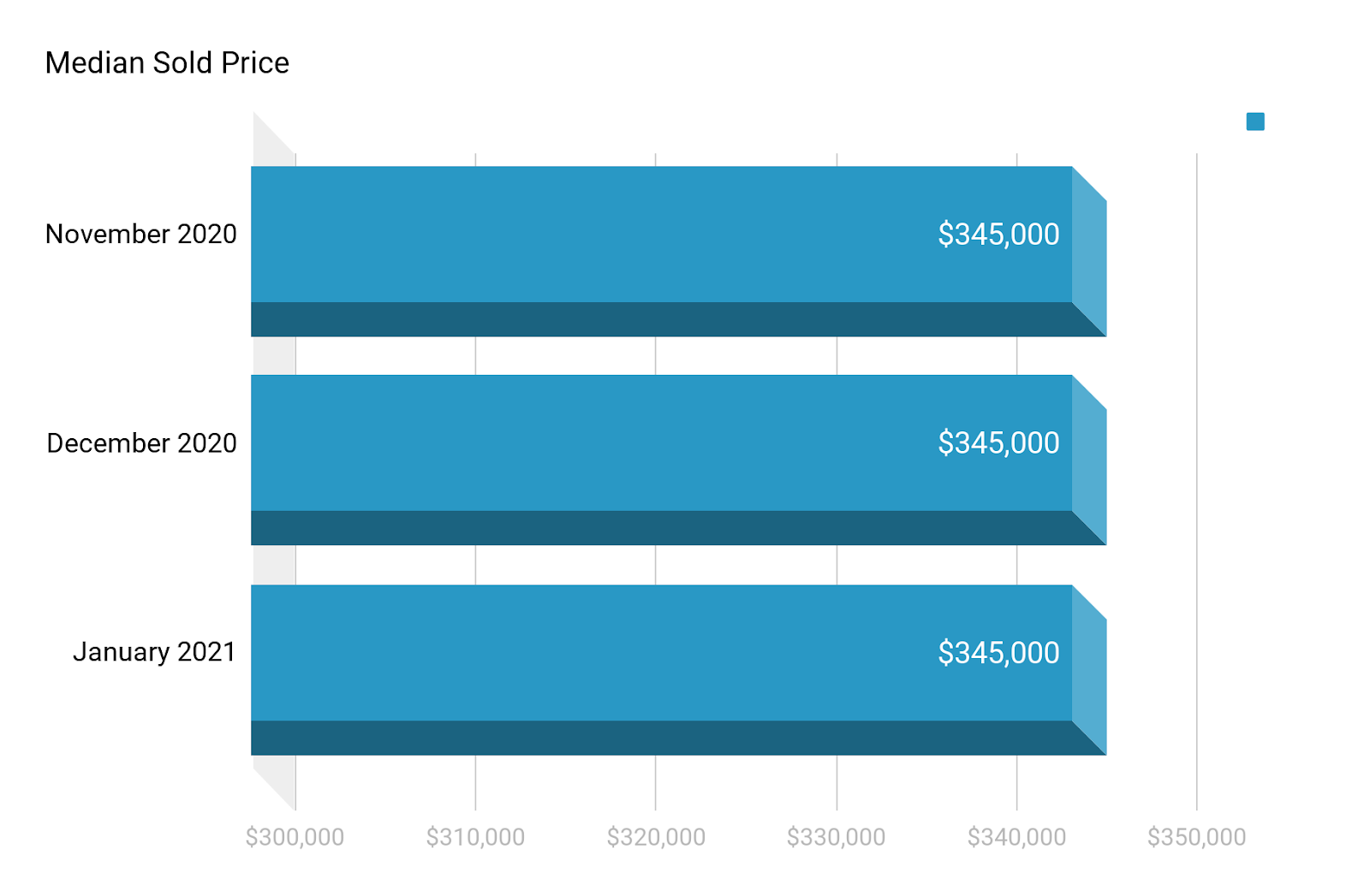 I know it sounds odd, but I actually LIKE the fact that our Median Sold Price has held steady the last few months.

We were at risk of becoming an inflated market, which doesn’t do anybody any good.

With buyer demand still high and sellers getting top market value for their homes, our real estate market is looking very stable and drama-free for the foreseeable future.

To celebrate our stable Median Sold Price, I’m giving away No Drama Llama buttons to anyone considering buying or selling. Let’s chat and review your options. 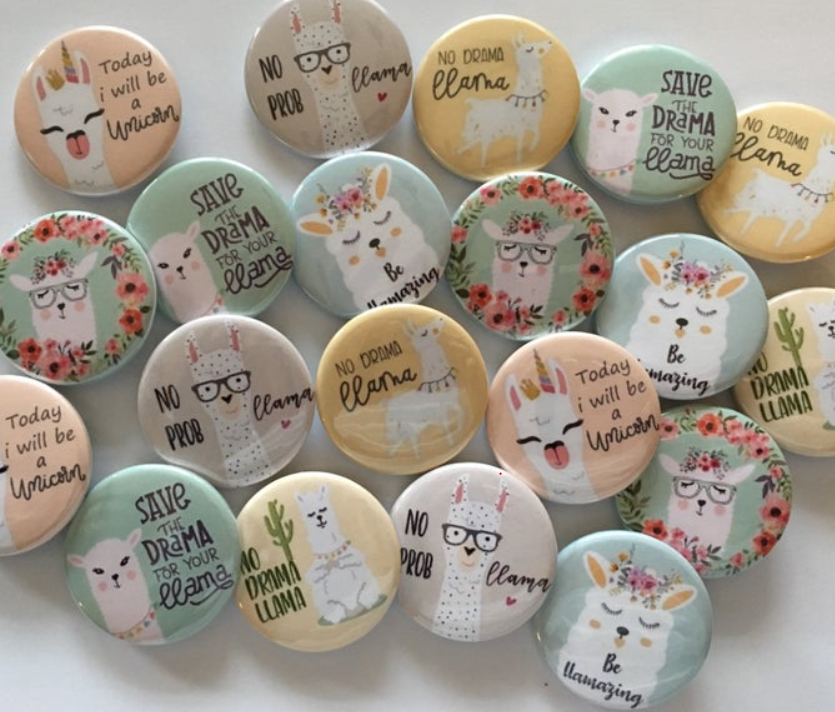 No pressure or obligation, just an honest conversation. Plus, you will get a coveted No Drama Llama button. Need I say more?

Where did we see the largest jump in pricing?

When we dig down to Median Price per Square Foot, and then segment by various price points, we see a significant jump in the $1,000,000 Luxury Market starting in October 2020.

Starting the year at $288/sq ft and ending at $319/sq ft, that segment saw nearly an 11% annual increase in Median Price Per Square Foot.

Considering the other segments showed an increase of approximately 5%, that’s more than double!

The Luxury Market was the Real MVP! 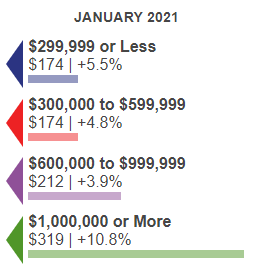 So, hypothetically ... if we were to relate the segments above to players in the Super Bowl, my take is this:

Clearly the best player out there, and he’s raising the bar for all his teammates around him.

Coming out of retirement to play this year, his natural ability is above the others, but we didn’t see huge improvements in his performance from before.

We were rooting for him to take the Chiefs to a 2x Super Bowl win, but his hurt toe and the Bucs defensive line had other ideas.

Navy Blue = Every other player out there

I’m sure there were lots of great players out there, but we could barely notice them out of the shadows of talk surrounding Patrick Mahomes, Rob Gronkowski and Tom Brady.

It seems all the football analysts and experts expected a high scoring game for the Super Bowl.

After all, we had two top quarterbacks, known for their knack to “get it done under pressure” going head to head.

Unfortunately, that was not the case.

The Bucs defensive line proved too much for the young Mahomes.

He led his team to an uncharacteristically low 9 total points.

This was the first time in over 30 games where Mahomes did not score a touchdown.

And that brings us to our uncharacteristically low inventory levels.

In fact, the only thing lower than our inventory levels this month, is the number of touchdowns the Chiefs scored in the Super Bowl this month.  Eeek! Too soon?

Total number of touchdowns by the Chiefs:     0.0 touchdowns

This month we did a great job of increasing the Number of New Listings almost 18% over last month.

But it was still not enough to quench the thirst of our buyers.

So let’s give it to them!

You message has been sent!

Send us a Message

Success! Please check your email for instructions on how to reset your password.

We will never sell your e-mail address or phone number under any circumstances.

Free and complete access to Saved Searches and more

Thanks! Your account was created successfully. You will receive a confirmation email from your agent shortly. Enjoy access to saved searches, favorite properties, and more!

We will never sell your email address or phone number under any circumstances.
By registering, you agree to our full Privacy Policy

Or reach out to the team for help:

Thanks! Your account was created successfully. You will receive a confirmation email from your agent shortly. Enjoy access to saved searches, favorite properties, and more!

We will never sell your email address or phone number under any circumstances.
By registering, you agree to our full Privacy Policy

Or reach out to the team for help: